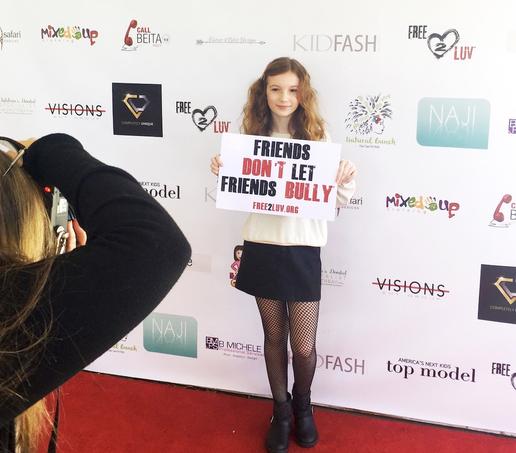 Reilly seen here on the red carpet in support of free2luv.org. Ready to walk the fashion runway for kidsfashmagazine, wearing Izzybe. Jan 2017 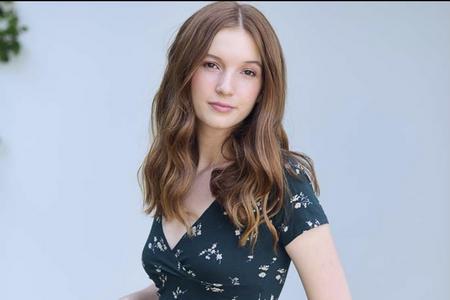 Reilly Jacquemin is an American actress known for her ability to draw deep into emotions and then be a child once the director calls "CUT." Reilly is a magnetic and very natural actress with the talent to draw you into the world of the character.  Her ability to memorize scripts and take direction is as natural as breathing.  From casting directors to directors and writers, Reilly has impressed them with her ability to "make the small and large acting adjustments...to really dig into some deep emotional situations"..."it's wonderful when the actor teaches the director something new about the character - you did that."

Reilly may have had a "late" start to acting, but in the fall of 2016 she performed in her first feature film, Baphomet. Her start was in musical theater, where she led in productions like Legally Blonde, to starring in small budget movies, such as Thicker Than Water and A Submarine to Hell.

Reilly has been coached by some of the best acting coaches (Daniel Travis, David Gray, Ogie Banks, Jere Burns and Valerie Gould).  She continues to work on her craft to strengthen and broaden her skills.

Reilly's strength is not only in her resume, but in her personality and character.  She is an avid reader with a passion for mystery and adventure books. She is a talented black diamond skier (Utah being her favorite place to ski!), handball player, former gymnast and rock climber.

Reilly also like to give back to her community. She has volunteered to work serving food at nearby shelters,  reading to pre-school children, stuffing backpacks for local schools and making blankets for those in need.  "It's important for children to know that they can help and make a difference in their world. Nothing you give is too small."

With her striking girl-next-door good looks, it's not a surprise that the modeling world has begun to knock at this redhead's door.  She is a brand ambassador for the Izzybe Clothing (fashion with a purpose/supporting positive self image), Bunek- which supports empowerment.  Early in her career, Reilly spoke at the Girl Scout Empowerment Event that supports free2luv.org.